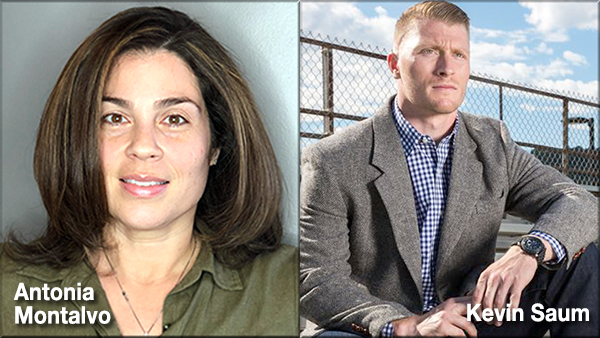 WOMAN OF THE YEAR: Antonia Montalvo, North Brunswick. After overdosing for what she decided would be the last time in 2015, Montalvo used psychological and spiritual guidance to find her way her out of addiction and domestic violence, and into founding a home for other addicted women. She’s already started work on opening a second one.

MAN OF THE YEAR: Kevin Saum, Morristown. Though a brain injury ended any chance of a future as a pro footballer, Saum now advocates for health and safety in both youth and pro athletics, and does a podcast show to showcase stories from athletes who have experienced similar injuries when he isn’t doing NFL game recaps.

HONORARY JERSEY GUY HONORS: Charles and David Koch, Kansas. A think tank funded by the politically motivated Koch Brothers issued a report concluding that the single payer Medicare-for-all-type healthcare advocated by Sen. Bernie Sanders would cost American taxpayers $36 trillion. But a re-crunching of the report’s numbers showed that Medicare For All would actually save taxpayers $2 trillion! Sanders very gratefully and very publicly thanked the Koches for their “help” in making his case.

HONORARY JERSEY GAL HONORS: Samantha Bee, New York City via Canada. On her show Full Frontal, Daily Show alumnus Bee observed Endometriosis Awareness Month with a, um, close look at sexist attitudes toward female gynecological diseases, which she describes as too often consisting of “being treated with birth control and a shrug.”

LEAST WELCOME TREND: Institutional Virus Outbreaks. In Morris Country alone, Legionnaires’ disease-connected bacteria has been detected in the water systems of a homeless shelter, a nursing home, and a jail facility. And bacterial outbreaks have killed children and babies at hospitals in Wanaque (where there had been warnings of staffing and equipment shortages) and Newark. The Wanaque outbreak is now said to be contained, and the first round of state government hearings have begun.

MOST WELCOME TREND: Bringing New Jersey Health Programs Back to Health. The medical news this year wasn’t all bad: As promised, Gov. Phil Murphy has wasted no time in reversing Chris Christie-era healthcare cuts, like restoring reproductive health programs and retaining mental health services with the state Department of Human Services. Garnish with an upgrade of autism services, and we’re feeling better already.

DISS-HONORABLE MENTION: Bob Hugin. He retired from Celgene Pharmaceuticals to run for New Jersey governor. But his campaign received a fatal dose of the cancer-fighting drug Revlimid, for which he allowed an increase in price to $21,000 a month and the obstruction of making a less expensive generic version. As we said, the medical news wasn’t ALL bad.

HONORABLE MENTION: Cynthia Templeton, Push To Walk. Not only has she helped her husband turn their son’s paralyzing diving accident and near drowning into physical therapy services, Cynthia was ready and willing to donate a kidney to the Hudson County fire captain who had stopped her son from drowning. At this time of year in particular, it’s the thought that counts.

2018 In Review: The Year's "Jersey-est" Your HHRS News Stories
Featured Video: Disabled Staten Island Teen Gets (A Therapeutic) Home For The Holidays